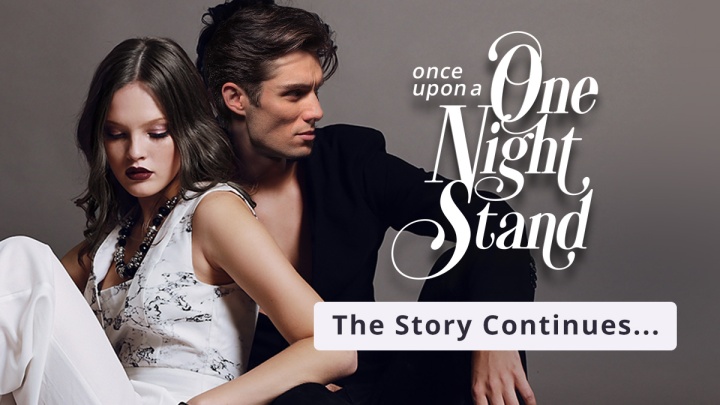 If you’ve been keeping up with what I’ve been posting on Wattpad and Radish, you may have noticed something interesting… there are new chapters of Once Upon a One Night Stand.

In July 2019, a unique opportunity was presented to me. Radish Fiction, one of the platforms I write on, had noticed how well the Fairytale Series was performing and asked if I would be interested in adding more to it. Sure, I said. Why not! I felt there was still so much more that could be explored in the series.

I was expecting to be asked to write a Book #5, to follow another character from the Fairytale Series who we hadn’t gotten to know all that well previously. However, they asked me to do something I wasn’t expecting. They wanted me to continue Once Upon a One Night Stand (OUAONS).

I won’t lie, I was a little taken aback by the suggestion. Continue a story that’s been complete for nearly 5 years and has 3 sequels already? Are you for real? How will anyone make sense of that? Heck, I could barely make sense of it, and I wrote the dang thing.

But I heard them out and began to understand where they were coming from. Book #1 (Once Upon a One Night Stand) to Book #4 (Roses & Thorns) spans nearly 10 years, and in those 10 years there were time gaps/time jumps. Why not fill those in? Why not show what was happening with all those characters during those gaps of time?

So I was thrown back in time, trying get my bearings now that I had returned to a part of the series timeline that I hadn’t visited in years. And when I say years, I mean it had been a freaking decade. 10 years! That’s how long ago I finished writing OUAONS! This had to be an absolutely crazy idea, right?

Well, even if it was (or maybe still is?) a crazy idea, I went along with it anyway. Sometimes you need a little dose of crazy in your life, you know?

PICKING UP THE STORY AGAIN

If I was going to be continuing OUAONS, it meant that those epilogues and bonus chapters I had once written had to become part of the main story. You can’t exactly continue a story that you’ve already tied up with an epilogue—or two in my case.

If you’re an older reader of mine, you’ve probably realized that Chapters 46 to 51 used to be those epilogues and bonus chapters. So if you’ve read OUAONS before, you’ll recognize “Chapter 51 | An Arabian Night” as the former final epilogue of the story. It’s now just another chapter of the story.

The new chapters pick up right there. No time gaps or jumps, just straight back into the action!

Now, this is where I have to point out that Arabian Nights, Book #2 of the Fairytale Series, also begins at that exact same spot. And while it may seem a little counterintuitive to leave a story you’re reading to read a different story, this is my suggestion for how to best read the series:

FILLING IN THE BLANKS

Taliana, Sebastian, Jude, Jacob, Marcus, Michael, Marissa & Vanessa Avilla, and even more of Blair as the chapters go on.

In other words, we see a lot of different characters and a lot of new storylines. We get to read their POVs and see what they’ve been up to as individuals and together as a group. We see existing relationships develop and new ones blossom. There’s a little something about everyone!

So if you’ve ever wondered about any of those characters, these new chapters are definitely worth checking out.

If you want to read these new chapters of Once Upon a One Night Stand, the Radish Fiction app is the place to go.

You can download the app from the App Store, the Google Play Store, or you can use this link to download it.

For most of the chapters, they’re under the “wait-to-unlock” pricing tier. This means you can read a chapter for free, then wait 24-hours to read the next one for free. Or, if you’d like to read the next chapter sooner than that, you can purchase it using coins. Radish commonly does coin and coupon giveaways, so don’t worry if you can’t afford to buy a coin package. Coupons are story specific and can be used to unlock more chapters of that particular story. Coins can be used on any story to unlock chapters. No matter how you choose to read the chapters, they remain yours to read forever.

Even better, if you use this link, Radish will give you a few coupons for OUAONS! 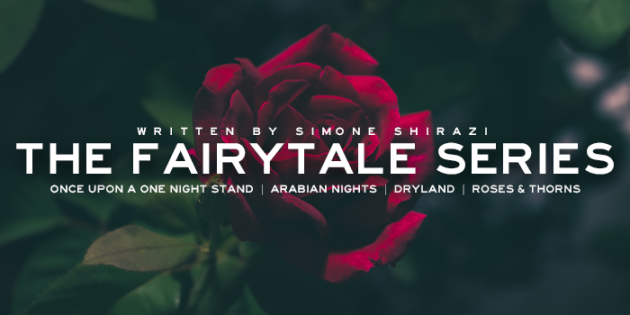 Has anything changed in the rest of the series? How should the series be read?

Once again, it may seem a little strange for me to suggest that, and not everyone may want to do it. That’s totally okay! However, I do think it’s a good idea because it tells you what to expect for the new chapters of OUAONS. In Dryland, you find out the fate of certain characters and relationships. By knowing what happens in the “future”, you’ll be able to better handle and understand all the things that happened in the “past”.

How many new chapters are there going to be?

A lot. I can’t quite say how many exactly there will be—even I’m not sure—but it seems like it’s going to be in the hundreds.

Are you ever going to catch up to the Dryland (or even the Roses & Thorns) timeline?

I hope so! I’d like to explore more of those timelines and those character arcs. But for right now, we’re filling in the blanks of what was happening immediately post-OUAONS, during the timeline of Arabian Nights. Maybe one day we’ll catch up to what happens in the later books in the series!

Will these chapters ever be available on Wattpad?

There is currently a 20-chapter sample of the new chapters on Wattpad, but everything after that will be exclusively on Radish. As of this post going up (November 20, 2019) there are an additional 60 chapters you can read on Radish, with new chapters being updated daily. Yes, I said daily! Every single day there’s a new chapter for you to read! Isn’t that wonderful?

How are you managing to post daily updates on Radish?

Lots and lots of prewritten chapters! There are always about 40 chapters outlined past that day’s update.

Hopefully this clarifies a few things about Once Upon a One Night Stand and the Fairytale Series as a whole! A massive thank you to everyone keeping up with the new chapters. And to those of you just now discovering them, I hope you enjoy!