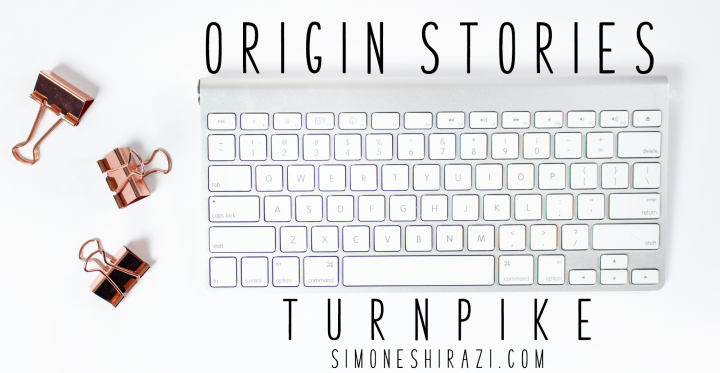 Welcome back for another installment of Origin Stories, where I talk about the origins of my stories! In today’s post, I’m going to be talking about turnpike, a dark short-story of mine.

I’ve previously discussed Once Upon a One Night Stand and All That is Gold, which you should check out first for some extra background and context!

Timeline wise, we’re still in the Plagiarism Haven days, though that era was slowly coming to an end…

Acronym: Since this is a one-word title, there’s no acronym, but I usually style the title in all lowercase letters
Genre(s): New adult, short story
Trigger warnings: This story deals with strong themes of sexual assault, abuse, and emotional manipulation
Summary: this is not a love story. this is a ruination.

I started writing this story in April 2012 on Plagiarism Haven.

I was in my sophomore year of college, but it was a story I’d had bouncing around in my head for quite sometime. The idea started to form my freshman year when I heard that one of the fraternities at my school had something that had become known on campus as The Rape Basement.

At the time, I was pretty clueless about Greek life and horrified that something like that could exist. The worst part was that some people seemed to joke about it, like it was called that because it was dimly lit with sticky floors, loud music, and full of drunk, handsy college boys.

A couple frats got kicked off campus the year before I arrived to school, and rumors followed their departure. Most of them had been forced out by noise violations and too many citations of underage drinking, but some of it came down to dangerous hazing rituals.

This is a dark new adult short story set in college. It’s not a romance, not a tale of two people who belong together, it’s the story of a girl whose life has been forever altered after the events of one night.

The devil is in the details with this one. Very rarely are things stated outright, at least not until near the end of the story, but if you read carefully from the very beginning, you know what’s going on. She tells you exactly what happened to her without ever saying one particular word. This excerpt from Chapter 1 shows that.

I always wonder if he had anything to do with the dead pledge and five reported sexual assault cases, but every time I ask, he brushes me off in some way or another. I wouldn’t be surprised if he personally fed the kid that lethal cocktail of prescription drugs and booze, but I know he wouldn’t have let any of those girls go to the cops. That old money fortune and matching last name would have been enough to sweep it under the rug, something he’s undoubtedly done before.

This much I know because he’s tried it with me.

I never got a chance to finish this story on Plagiarism Haven. We decided to close the community in January 2013, and after that I didn’t write for two years. It wasn’t until January of 2016 that I decided I wanted to work on it again. By that point, I’d been on Wattpad for about a year posting OUAONS and ATG, so I figured turnpike might find a home there as well.

Unfortunately, at the time, there was a disturbing trend of “bad boys” and men who were essentially physically/verbally/mentally abusive being portrayed as love interests in far too many stories. Of course, this is also a wider problem throughout the media as a whole, but when a large portion of the audience on a site is under-18, children and teens are being sent a message that, “hey, it’s totally okay to date those kinds of people; if you love them enough, you can change them; they’ll become good for and because of you.”

But that’s not true.

The MMC in turnpike is not someone who can be “changed with your love”. He’s a terrible person who has done irredeemable things. Yes, the narrative is meant to manipulate in certain ways, but as readers we have the ability to be objective. We know the atrocities he’s committed. We know how he treats people, including the FMC, other women, and his fraternity brothers. We know that even though he might crack jokes and tell the FMC she’s beautiful, he’s still a monster.

Sadly, a lot of readers overlooked that.

The first line of the summary says “this is not a love story.” And it’s not by any means. But in some cases, we have been conditioned by the media we consume and the “values” that are passed down from generation to generation to think that some forms of abuse are actually love. Or to overlook that abuse for the sake of love.

Far too many readers called the FMC stupid and a whore for not leaving the relationship and for some of the decisions she made. They judged without understanding the depth of the situation—of the abuse, of the manipulation. The internalized misogyny was strong and the empathy was severely lacking.

Some people got to the end of the story and still thought that way, even though by then everything is stated in perfectly clear language. This story definitely showed me the depth of how awful and judgmental some people can be.

I finished this story in January 2017, five years after I started it, because of how difficult it was to write. The subject matter is undoubtedly heavy, and for a while I was worried about getting it “wrong”. Despite that, to this day I still think it’s the best thing I’ve ever written.

I’ll stop here out of fear of spoiling things further for those who haven’t read the story yet. But if you haven’t, maybe check it out.

Is there anything else you’d like to know about turnpike and its origins? Leave a comment below!

The next installment of Origin Stories will be about Arabian Nights, book #2 in the Fairytale Series.